WoW Shadowlands Patch 9.1: All information about Chains of Domination

The Murloc is out of the bag: At Blizzcon 2021, Blizzard announced the first major content patch for World of Warcraft: Shadowlands. Patch 9.1 is titled Chains of Domination and continues the story of the Shadowlands.

We have compiled all the information for you about the new patch 9.1 in advance. 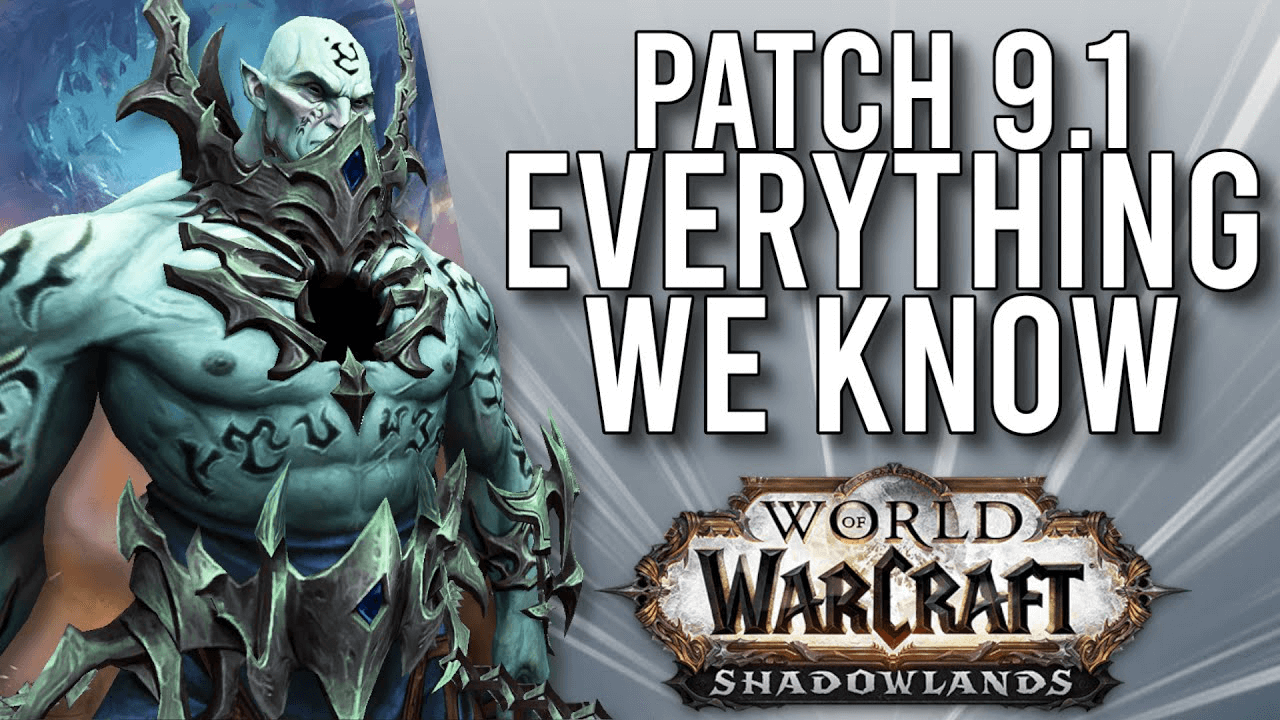 What comes with patch 9.1

Before we go into detail, here is an overview of all new content and features that will come to the Shadowlands with Patch 9.1:

· New wing and adjustments for Torghast

· Start of Season 2 for Mythic + and PvP

· Flying in the Shadowlands

· New area in the gullet : Korthia

· New skills for the soul bond

When will patch 9.1 be released?

Blizzard has not yet been able to give us an exact date. Patch 9.0.5 is currently still on the test server and will probably make it to the live server in a few weeks. Only then can Patch 9.1 be applied to the PTR. We suspect that a release of Patch 9.1 from April is conceivable.

Story: United against the jailer

After you've made the pacts stronger through your heroic deeds and joined one of the four factions, it's time to form an alliance. Together all the pacts go down the throat to find the jailer.

But first you have to find out what his plan is. The jailer himself has of course not been idle either, so that he will oppose you newly won subordinates and slaves. What we already know: He's looking for something special in the ruins of the mysterious city of Korthia.

We don't yet know exactly what that is, but Hazzikostas told in an interview that we will find out in the course of the update what the jailer is really up to.

The story for all four pacts is largely similar or evens the same thanks to the merger. However, there should be some pact-specific sections again, so that it is worth replaying the story with another pact. In the course of the story you will not only go to Korthia and thus into the gullet, but you will also have to visit some well-known places again.

The city itself was once a place of the godlike first ones and bears the title "City of Secrets". Now it's just an abandoned ruin. In search of a way to fulfill his dark plans, the jailer throws this ruin into the throat to look for an answer to his problem. 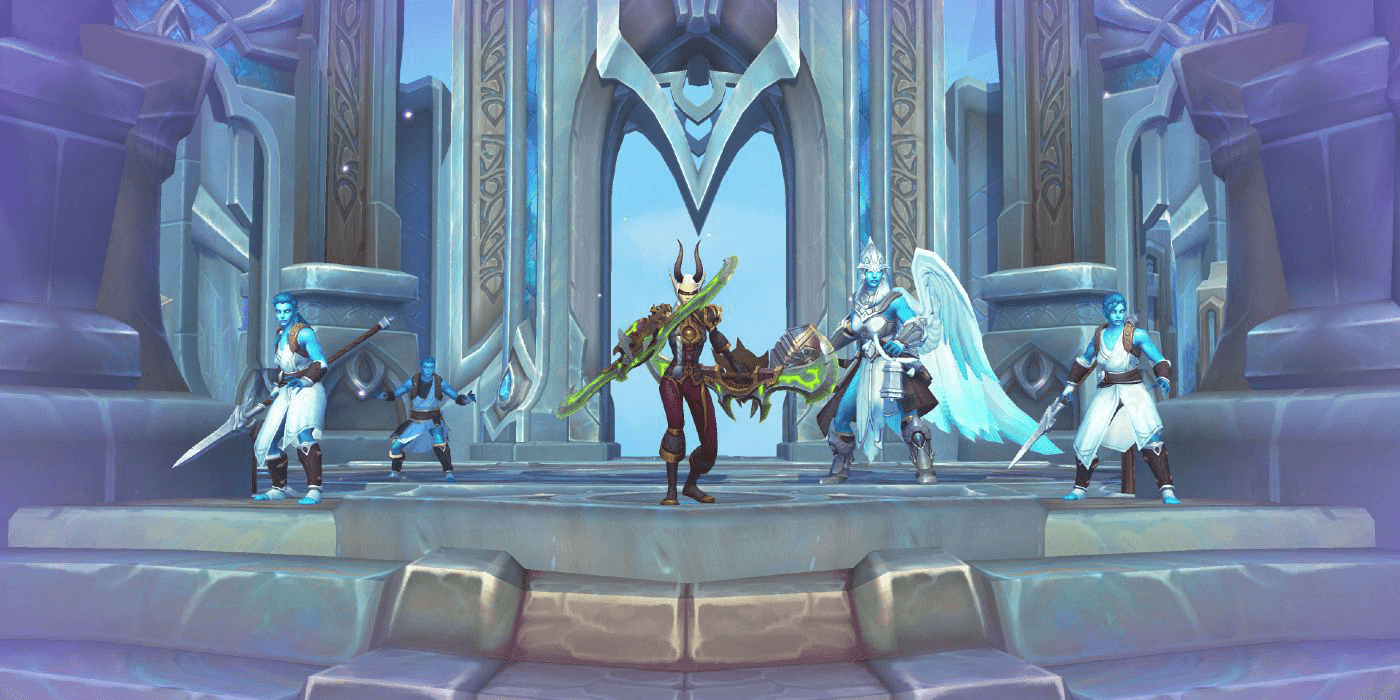 Of course, neither the pacts nor you miss the chance and also pay a visit with Patch 9.1 to the city, which provides you with new quests and other activities.

This is where our friend Ve'Nari comes in again, who, according to Ely Cannon, plays an important role in the new area. After all, it has taken a rather neutral position so far and provides you with information about the gullet and its ruler. In Chains of Domination we should learn more about her and her position within the broker group.

There will also be new rewards in the Maw in the form of two mounts and two pets that you can collect. We can also use all of our mounts in the Maw from patch 9.1. But supposedly we can't fly in the gullet.

The Sanctum of Domination is the center of the power that the jailer has over the throat. It is located in Torghast, the Tower of the Damned, which you already know from your weekly soul ash collection campaigns. Instead of a single corridor, however, you are now exploring a whole sanctum and can finally take revenge on Tarragrue, who otherwise always chases you through the corridors when you have died too often.

We will also meet the banshee queen Sylvannas Windrunner in the sanctum. Apparently she will become the final boss of the raid. We should also be able to meet and fight the Lich Kel'thuzad in the raid. Nekrolord members had already dealt with the old acquaintance in their pact campaign.

As usual, the raid will not open right at the start of patch 9.1, but only about a week later. It will probably be the case again that the mythical level of difficulty, as well as the entry via dungeon finder, will only be handed in bit by bit.

You already know mega dungeons from previous WoW expansions such as Mechagon in Battle for Azeroth. These instances can only be played on mythical difficulty level at the beginning and play a bit like a five-player raid. They are larger than the classic instance (hence the term "mega") and usually accommodate a few bosses with exciting and nasty mechanics.

There will be a total of eight bosses in the mega-dungeon who want to get your hands on you. As already said, the dungeon is initially only playable on the mythical level of difficulty. Traditionally, the next big patch - 9.2 - will be expanded to include the levels of difficulty heroic, normal and mythical-plus.

While the first area of the mega-dungeon includes the intermediary bazaar, in which we will fight against various intermediary cartels, the second area is structured like a heist, in which we have to get back an important artifact. On your raid you fight against all kinds of different opponents. Among other things, a dragon in a pirate costume wants to make a fire under your bum:

Again there are different pets and a mount, as well as different weapons to get hold of.

We already knew that the reputation grind would be gone. We didn't expect that to unlock flies in WoW Shadowlands you just need the conclusion of the story campaign.

The Tower of the Damned is also being redesigned. With patch 9.1 there should not only be a new wing with new opponents, the previous experience in the tower should also change and be less frustrating. The current situation is that you can either manage a wing at a certain level and receive soul ash and runic mason memories as a reward, or fail and start another attempt with empty hands.

With Chains of Domination there will no longer be a hard death limit, as is currently the case. Rather, your reward scales with how well you finish you’re run in Torghast. So you get better loot if you make a perfect run and don't die a single time than if you die twenty times.

And to top it all off: If you unlock flies in the Shadowlands, you will even receive a new flight mount, or rather four new flight mounts, as a reward, because each pact gets its own flying mount.